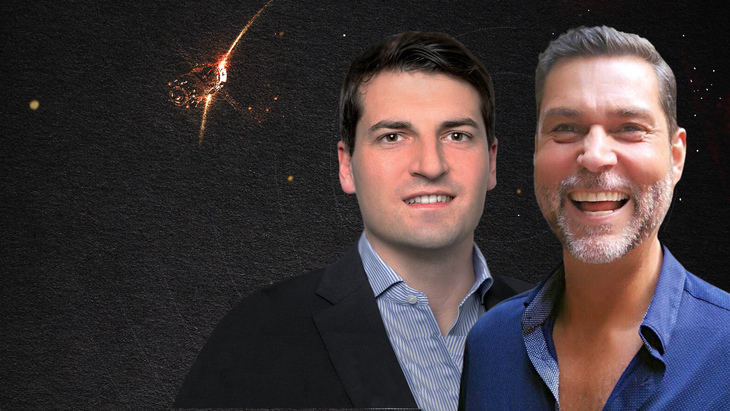 Public Aggregation ChannelMay 03, 2021
Real Vision co-founder and CEO Raoul Pal hosts Mathias Imbach, co-founder of Sygnum, to discuss Imbach's background, Sygnum's services, European regulations, central banks, and the future of digital currencies. The notion of leveraging today's internet infrastructure to monetize data at the cost of users triggered a fear in Imbach concerning where the current financial structure could ultimately lead. It was in the discovery of the Ethereum white paper that Imbach realized that there could be a better way with smart contracts giving users more control over their data. With that in mind, Imbach co-founded Sygnum with the goal to build a system that was regulatory compliant to help bring real adoption to the space, building a bridge from today's financial world to where they believe future finance will be. Imbach explains that Sygnum's mission is to empower everyone with more access to ownership and value, and he explains that while one may view a bank as doing the opposite because it is a centralized entity, it’s the first step toward that ultimate goal. It requires taking regulators, governments, and national banks along with you from a legacy system to help found and scale a new one. Key Learnings: Imbach states that although Sygnum has a banking license, he identifies the firm as a technology company. According to Imbach, the ethos of Sygnum is that the future has heritage. While the current financial infrastructure is heading towards a smarter, more decentralized, and accessible direction, elements of today's world will not simply vanish—Sygnum aims to combine these elements.
Get access to daily trading ideas, trending topics, interviews and more!
Please subscribe to Canadian Insider Club Ultra

Public Aggregation ChannelMay 12, 2021
BadgerDAO: Bridging Bitcoin to Native Yield Strategies
Santiago Velez, entrepreneur and digital assets investor for Block Digital Corporation & AD, Inc., sits down with Chris Spadafora, founder of BadgerDAO, to discuss his background, the journey to found BadgerDAO, wrapped digital assets, risk, governance, and his thoughts on the crypto ecosystem. Following several years of investing in the space, Spadafora came to the conclusion that there was a lack of Bitcoin that can be wrapped or ported off of the bitcoin network and used as a utility on other blockchains. Spadafora asked, "How do you build an open community and project that wants to enable Bitcoin to work in a trusted and non-custodial way in addition to having an organization or business that is managed by the people vs a traditional corporate structure?" He recognized that the smart contract capabilities of Ethereum met a lot of the needs he was looking for in trying to utilize the liquidity of Bitcoin. While there are other protocols building on top of the Bitcoin network, Spadafora believes that the robustness of the smart contract technology that Ethereum built, in addition to the lack of liquidity and lack of interoperability in relation to the tools for daily usage, were key to fulfilling that vision. Filmed on May 6, 2021. Key learnings: To date, 1% of Bitcoin has been wrapped to port over to other blockchains. Spadafora believes that, moving forward, there will be anywhere between 20-40% of all Bitcoin will be wrapped and living on other chains because it is the ultimate collateral. While seeing the appreciation of Bitcoin in one’s wallet is good, being able to use it, put it to work, and have access to different financial services and applications that are traditionally reserved to hedge funds brings the power back to the people. Spadafora identifies that DeFi users have access to many great opportunities to gain interest; however, it requires too many steps, knowledge, and fees. Meanwhile, BadgerDAO allows for users to earn anywhere between 5%-30% interest on their Bitcoin while still retaining custody of their digital assets.

Public Aggregation ChannelMay 11, 2021
Kava Labs: Centralizing Financial Services for a Defi Future
Richard Galvin, CEO of Digital Asset Capital Management, returns to Real Vision to welcome Brian Kerr, CEO & co-founder of Kava Labs. Galvin and Kerr discuss the purpose and evolution of Kava Labs as well as Kerr's thoughts on the crypto ecosystem, applications, and where the space is heading for users in the future. He explains that when Kava originally started, the team was focused on crypto payments, swapping between different assets including BTC, ETH, and DAI and using a non-custodial law that linked together Lightning with payment channels to allow for swaps globally. Through this, Kerr and his team realized that crypto payments were not scaling the way they anticipated, and it would be years before the markets would be ready for that type of product. Seeing the success of Maker-Dao to give ETH speculators a way to gain margin, the team worked with Ripple to replicate that system, using XRP as collateral. Kerr's team effectively created a side chain that would be able to move assets on XRP to the sidechain and use those coins as collateral to issue stablecoins. In doing so, Kerr saw an opportunity—this process could be done for all assets, and as such, Kava fully pivoted into the generalized lending platform it is today. Filmed May 4th, 2021. Key Learnings: When focusing on layer 1 development, it was clear to Kerr that there were trade-offs between high throughput, decentralization, and scale. With that, the sacrifices to make layer 2 solutions work were not efficient. Kerr states that if everything is going to be interoperable in the future, one can have different layers 1s specializing in one subject matter to then be combined by developers to make future applications. Kerr believes that the industry is headed towards exchanges lowering the barrier to entry for users, vetting applications, and offering services directly to traders. As users want to utilize a process where everything is accessible without the need to move assets off platform, Kava aims to provide those services.

Public Aggregation ChannelMay 10, 2021
Tezos: Self-Amendable Ledgers and On-Chain Governance
Thomas Walton-Pocock, co-founder and former CEO of Aztez, sits down with Arthur Breitman, co-founder of Tezos, to discuss Tezos’ on-chain governance approach, smart contract platform, and scalability potential as well as his thoughts on the direction of decentralized finance (DeFi). Breitman breaks down the weaknesses of the forking model as a form of governance and argues that on-chain governance is the way to achieve innovation on protocols without centralization. Tezos implements this through a self-amending crypto ledger, and Breitman shares how the protocol accomplishes this through its scripting language, Michelson, for its smart contract platform, highlighting some of its benefits such as formal verification. He also shares his thoughts on scalability via a “portfolio of scaling” approach, the principles of a well-designed stablecoin, and decentralized exchanges (DEXs). Key Learnings: Breitman points out that when forks occur on a blockchain, it’s not free choice by all stakeholders on the network—on the other hand, Tezos seeks open participation when amending the protocol so that all stakeholders can help secure its network. Tezos also distinguishes itself through its use of formal verification via Michelson. Historically, formal verification has been applied in the aerospace and nuclear energy sectors, where the costs of mistakes are drastic, and Breitman states that its use in Tezos’ protocol allows for developers to rule out and avoid whole classes of bugs.